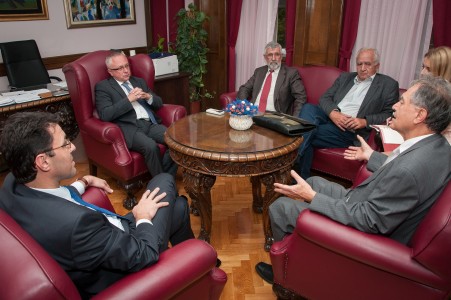 As part of lobby and public advocacy campaign the leaders of the Igman Initiative met with the high officials of competent ministries and parliamentary committees in Bosnia and Herzegovina, Croatia, Montenegro and Serbia. The purpose of the campaign was adoption of the Igman Initiative expert team recommendations aimed at creating the conditions for adaptable and efficient labor market, enhanced commerce between business entities, improved position of workers as well as better accessibility to core labor and social security protection.

The key recommendations of the expert team can be summarized as follows: 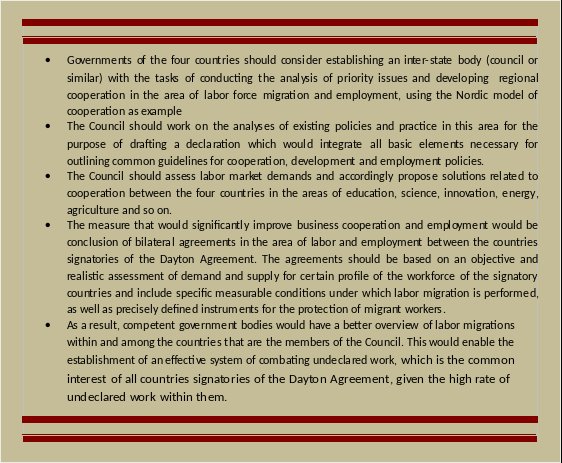 Recommendations of the Igman Initiative expert team receive positive response from high ranking officials from the four countries while they expressed their hopes that the efforts of the Igman Initiative will result in harmonization of national legislation and conclusion of bilateral agreements enabling free movement of labor force between the four countries, as it is in the best interest of their citizens. As a result of the campaign thematic session will be organized on November 28th 2014 in Podgorica with attendance from the representatives of competent ministries as well as chairmen of parliamentary committees from all four countries.

EXTENTION OF THE CALL FOR PROPOSALS

CALL FOR PROPOSALS FOR THE IMPLEMENTATION OF THE IGMAN INITIATIVE SMALL-GRANTS PROGRAMME: “CARE – CONTRIBUTION TO ACCESS OF REFUGEES AND IDPS TO RIGHTS AND EMPLOYMENT OPPORTUNITIES” IN SERBIA IS EXTENDED UNTIL 31 DECEMBER, 2019.

2019 - CALL FOR PROPOSALS FOR THE IMPLEMENTATION OF THE IGMAN INITIATIVE SMALL-GRANTS PROGRAMME: “CARE – CONTRIBUTION TO ACCESS OF REFUGEES AND IDPs TO RIGHTS AND EMPLOYMENT OPPORTUNITIES” - Montenegro and Serbia